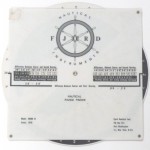 FJORD, Incorporated was founded as a partnership in 1967 under the name of Fjord Nautical Instruments by Gail & Ed Ratigan. At that time, FJORD manufactured a compact nautical range-finding analog calculator of its own design. The calculator was primarily used for navigating the coasts and rivers of Southeast Asia where visual navigational aids were often limited. Today the company is still managed by Gail, a veteran of many small boat ocean crossings, assisted by Ed, who is an unlimited master mariner in the Merchant Marine and a former Navy signalman and reserve line officer, and son Michael, who made his first ocean crossing under sail at the age of seven with his parents.

In 1991, FJORD developed the Chafe-Pro® concept for protecting marine lines from chafe abrasion.  In 1995 FJORD was awarded a US patent for Chafe-Pro’s unique design and wrap-around-closing feature (i.e. the hook and loop).  FJORD was incorporated in the state of North Carolina as a small business entity in 1997. To this day all Chafe-Pro® units are manufactured in North Carolina under our US and EU registered trade name – Chafe-Pro®.

Note:  Chafe-Pro® is registered in the U.S. Pat. & Tm. Off and in the European Union.